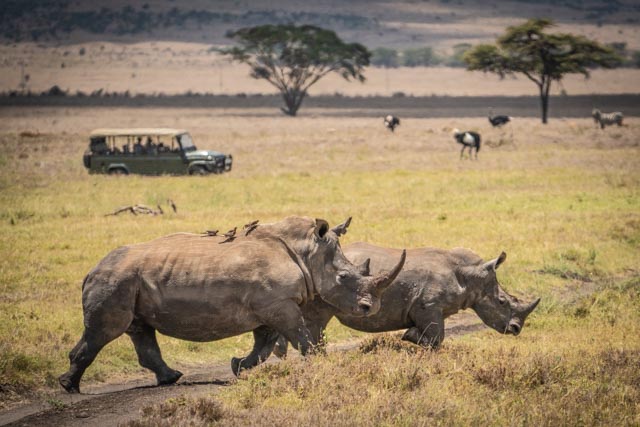 Signifying the broadest scale deployment of FLIR technology for wildlife protection, the Kifaru Rising project represents a vital step to help save endangered wildlife, such as the black rhino, in 11 parks and game reserves in Kenya. In 2020, Ol Pejeta Conservancy, a Kifaru Rising recipient and home to the largest population of black rhinos in East Africa, successfully installed FLIR security cameras for day and night perimeter security.

In addition to routine ranger ground patrols, the cameras provide an additional layer of protection to monitor the conservancy’s border for unwanted intruders and observe animal behaviors to prevent them from exiting the park boundary. Congruently, the project infrastructure, trench digging for fiber optic cables, solar power and mast installation on 23 individual sites in the park has created over 100 local job opportunities, yet another way to connect the benefits of wildlife to the local communities.

“The FLIR technology plays a big part in the protection of wildlife and community welfare at Ol Pejeta Conservancy,” said Colby Loucks, Vice President of Wildlife Conservation at World Wildlife Fund – United States. “The cutting-edge technology not only protects the animals from poachers, it’s reducing the risk of human- wildlife conflict that traditionally occurs when animals wander outside of the conservancy borders. Coupled with analytics to identify a human versus an animal, the camera operators can quickly alert patrol rangers of potential animal threats to the neighboring communities.” 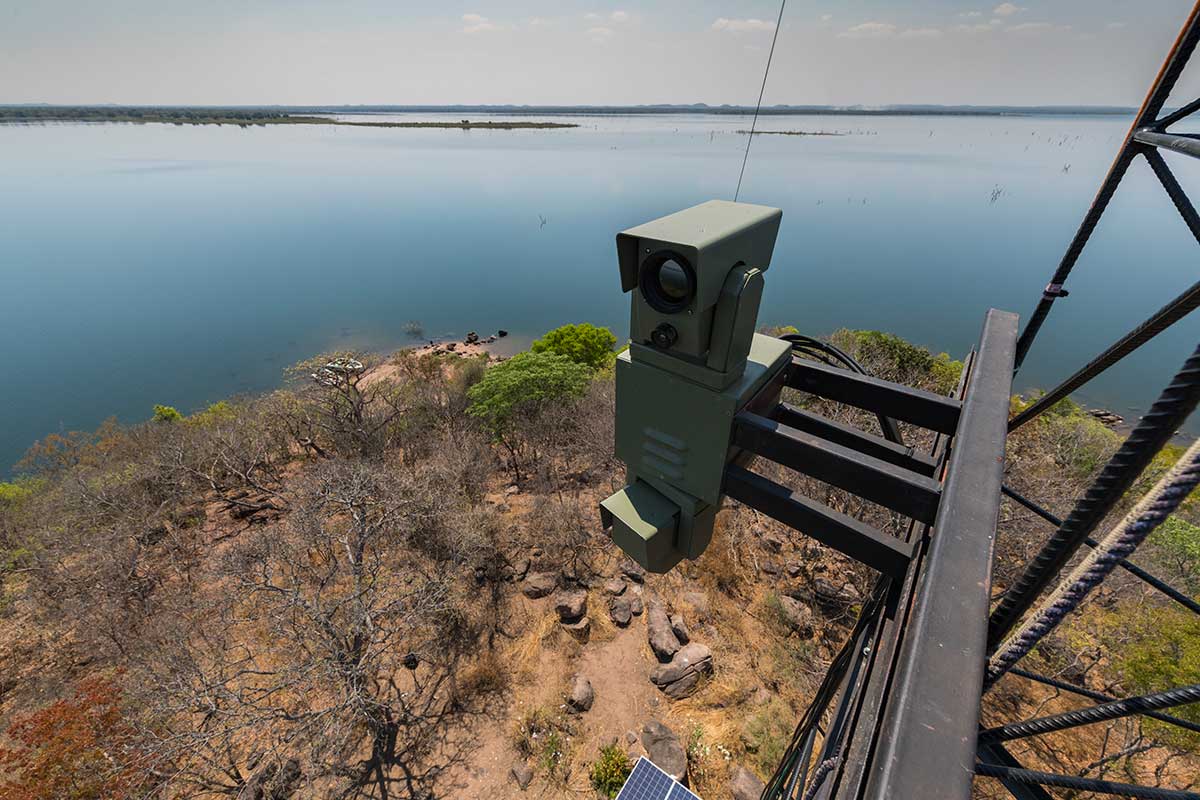 With an area of 22,400 km2, Kafue National Park is the largest park in Zambia, Africa. Along the eastern edge of Kafue lies Lake Itezhi-Tezhi—a massive lake used by wildlife such as elephants as a critical water source during the dry seasons, but also by local communities as a valuable source of fish and income. However, at night, poachers often disguise themselves as local fishermen and illegally travel across the lake and into the park to where wildlife are known to congregate.

To aid in the fight against illegal poaching, World Wildlife Fund (WWF) and local partners Game Rangers International and Zambia’s Department of National Parks and Wildlife installed FLIR security cameras on four masts across the lake, creating a ‘digital tripline’ that allows rangers to monitor all boat traffic into and out of the park. Additionally, a ranger patrol boat was outfitted with Raymarine electronics and a FLIR M-Series pan/tilt multi-sensor system to assist in night-time patrols on the lake.

In 2020, the park reported 84 arrest, the recovery of 9 firearms, and the confiscation of 49 illegal fishing nets. Additionally, there were no reports of elephant poaching near Lake Itezhi-Tezhi. WWF predicts that as the rangers gain familiarity with the systems and have them operational full-time, as well as maintain the new frequency of night lake patrols, the poaching and illegal fishing levels should substantially decrease. 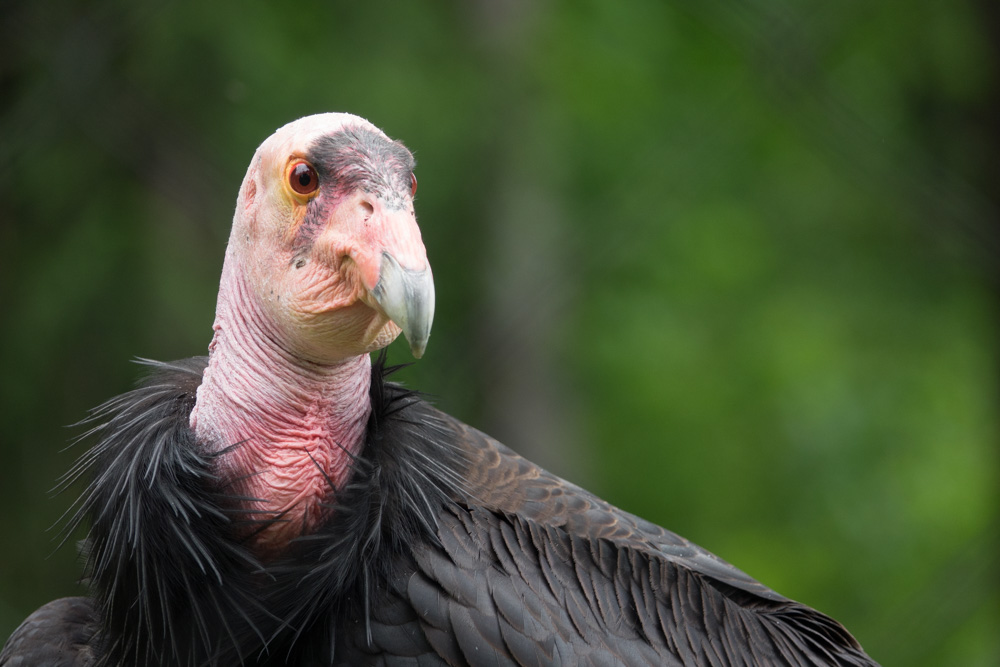 In 1982, only 22 California condors, the largest North American land bird, remained in the wild. Contributing factors to the condors’ decline included poaching, habitat destruction, and lead poisoning. By 1987, the remaining wild condors were brought into human care in an attempt to bring the species back from the verge of extinction.

Fast forward to the present: the California Condor Recovery Program—including efforts at the Oregon Zoo’s Jonsson Center for Wildlife Conservation—has dramatically increased the population to around 500 birds, most of which are flying free. To aid in the recovery, FLIR visible security cameras are providing 24/7 observation of the Oregon Zoo condors, which is especially important during breeding season. With the cameras offering a watchful eye around the clock, keepers can monitor condor behavior from a safe distance so as not to disrupt nature’s work. Minimizing the condors’ exposure to people increases their chances of surviving, and breeding, in the wild.

So far this year, Oregon Zoo condors have laid nine eggs—eight of them in January—which is the fastest start in the zoo’s 18-year effort to help restore the species. Condor breeding programs also take place at the San Diego Zoo’s Wild Animal Park, the Los Angeles Zoo and the Peregrine Fund’s World Center for Birds of Prey in Idaho. To learn more, visit oregonzoo.org/condors.